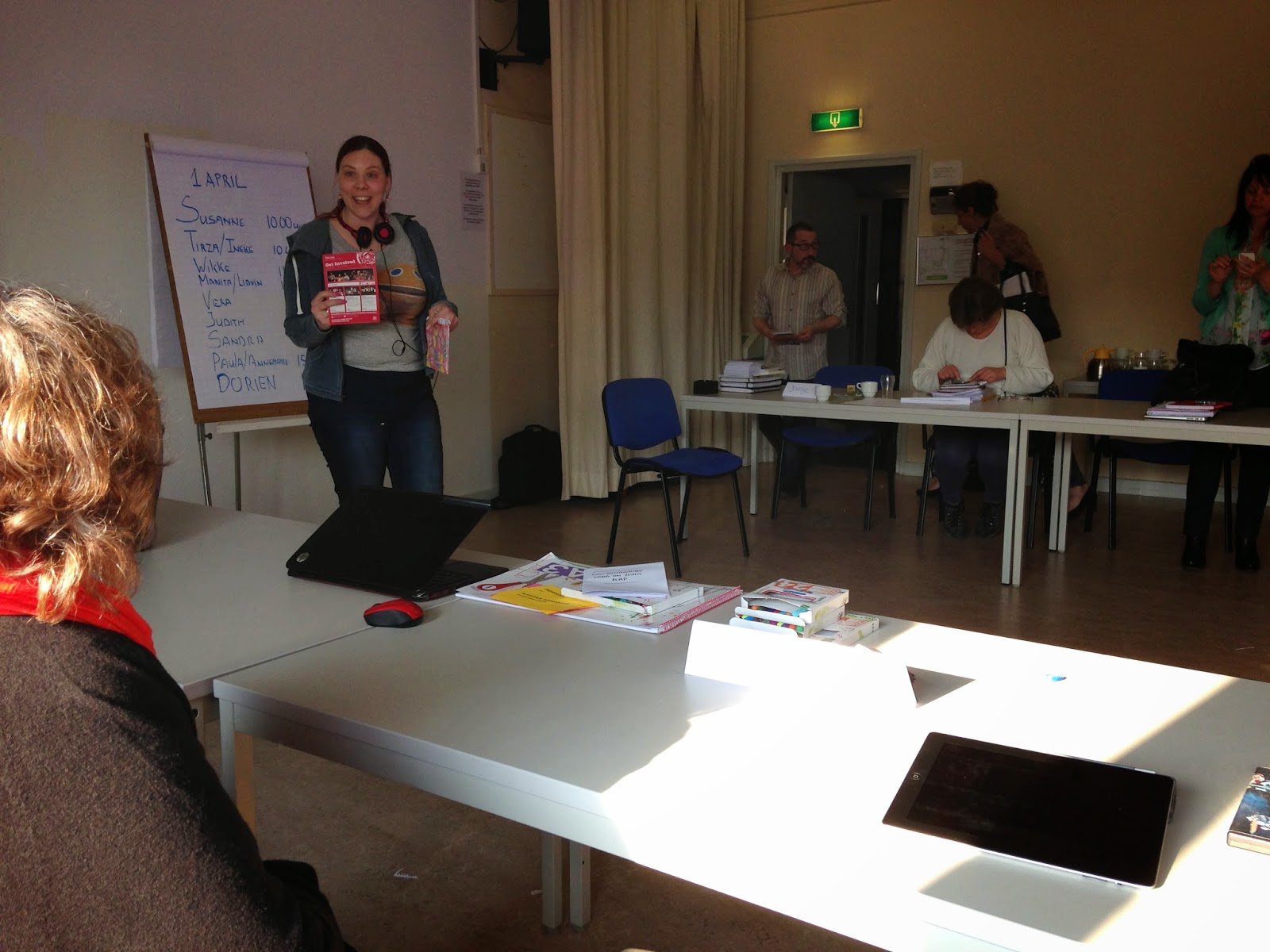 Tuesday afternoon saw the Caravan of Dreams rolling up at the Kunst-Balie venue in Tilburg to join a training session organised by Sikko Cleveringa of CAL-XL.

As far as we understood some arts centres had been awarded contracts to use the arts for community development by housing associations and this was training for the appointed workers. We came in towards the end of their day to give some insight into our experiences. Each EMPAF organisation gave a short presentation illustrating how they had tackled a particular issue through using the arts. Afterwards the training participants chose one EMPAF presenter to talk with further with the task of coming up with a mind map at the end.

I was very surprised to learn that some (maybe all?) had contracts of only one year to undertake their work and wondered about the expectations of what they might achieve in so short a time. But it was not my role to ask them questions rather to try and answer theirs.

We had a lively discussion about engaging young people through on street activities and how you might try to manage the dilemma of younger children joining in and potentially driving the older ones away.

Talk then turned to working with elders and I had to admit that this wasn't an area of my work but that I had had my 88 year old mum living with me for the past 4 years which I was told was a very unusual phenomenon here in the Netherlands.  The session then continued with much laughter and many questions about my experience and before we knew it time was up and no mind map had been produced. 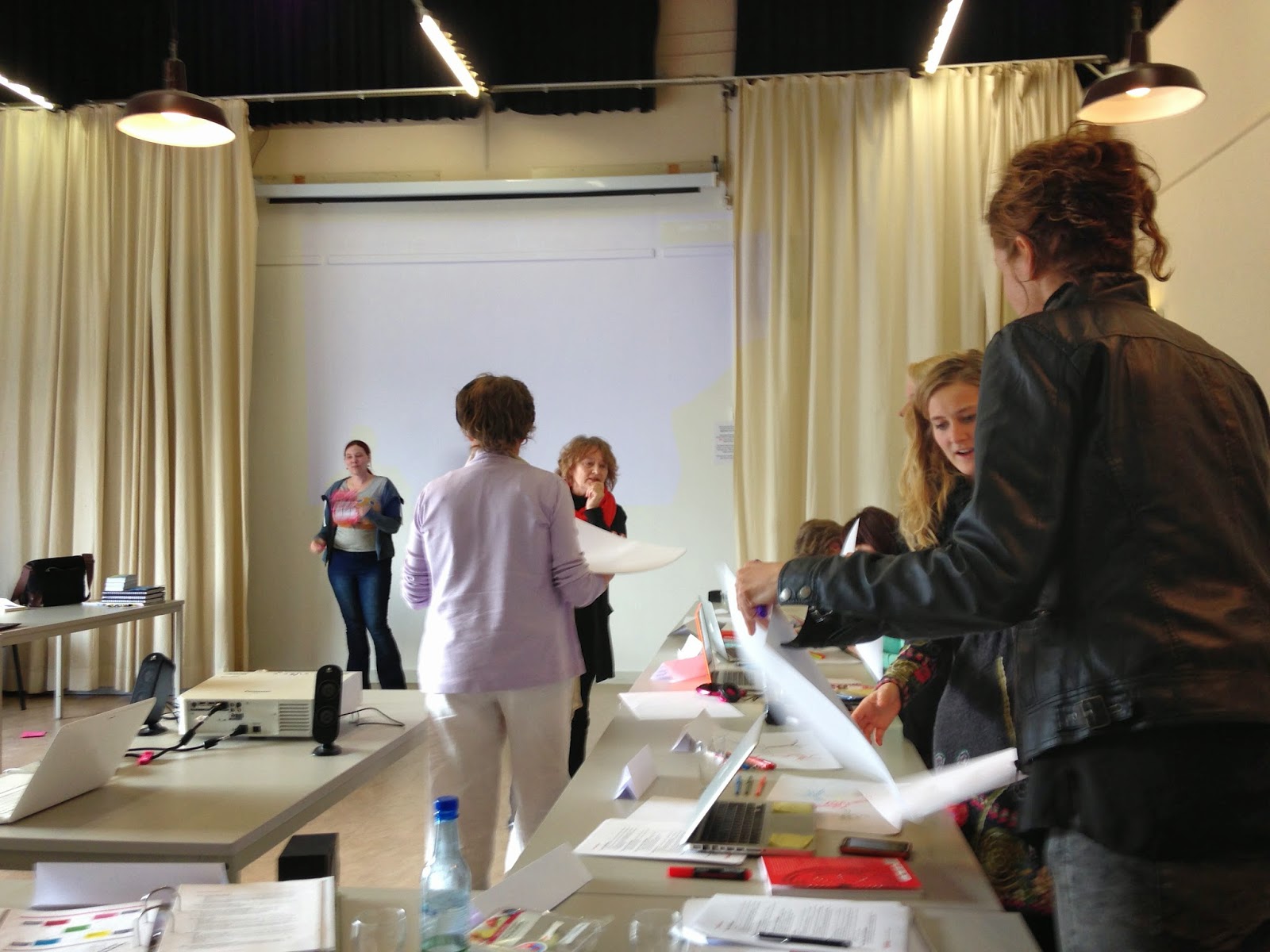 The verbal feedback by one of the group focused primarily on the latter discussion so I hope this was also valuable for them for their work. I really enjoyed meeting with the group and wish I had had more time to find out about what they were going to be doing and how. I had been very impressed with the achievements and dedication of Wikke Peters in a Eindhoven neighbourhood who had hosted us the previous day and if members of this group approach their challenges with the same determination as her then who knows what they will be able to achieve in one year?

Sally, Soft Touch
Posted by Caravan of Dreams at 21:24