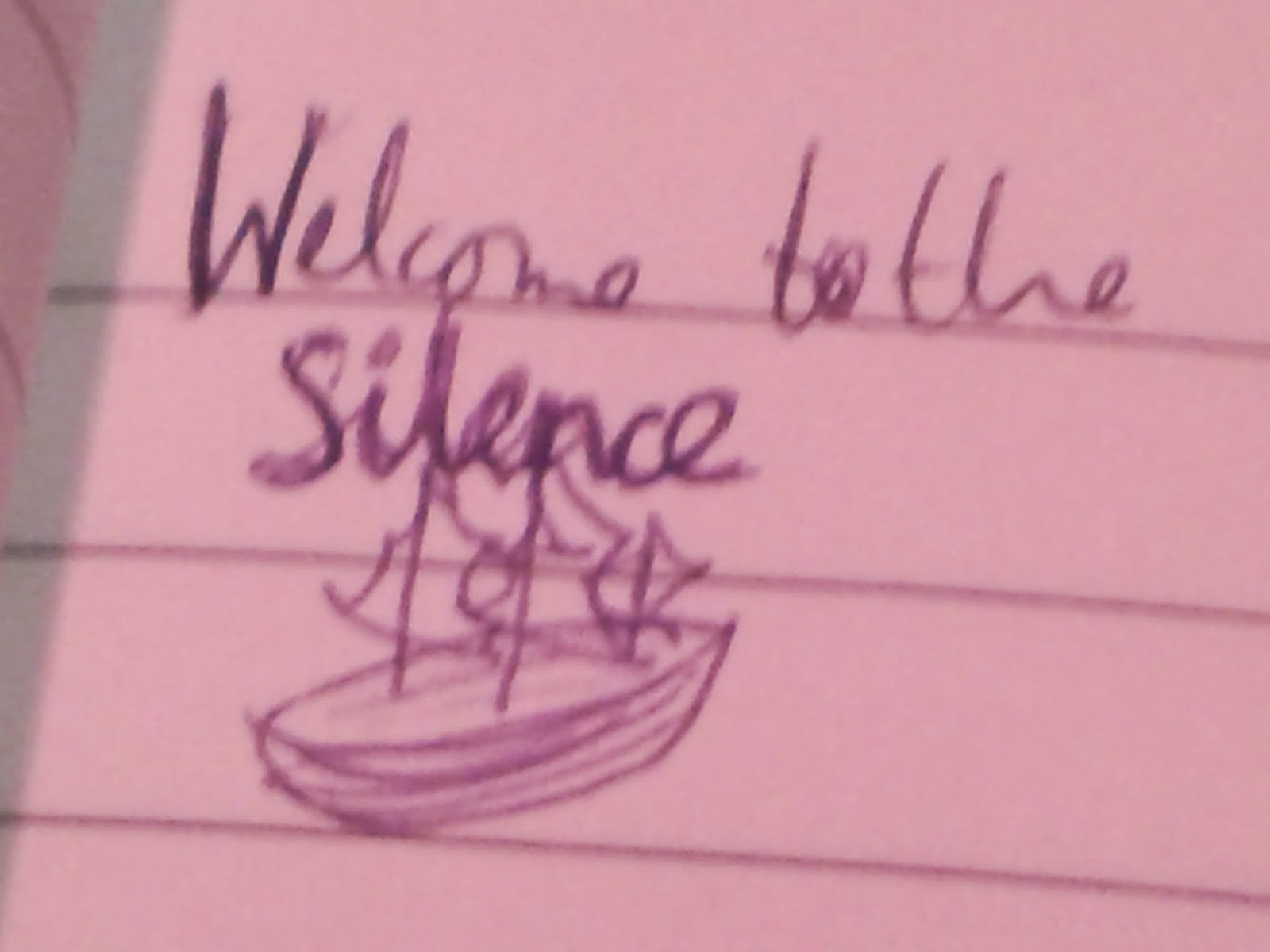 The workshop room was almost in darkness and Marco Ferreira from Portugal welcomed us in silently.  Pens and paper on the floor showed us where we should settle in a circle and Marco set about explaining the first activity – in silence, but not ‘sin palabras’, without words – he had a handy notebook hanging from his neck to write key words and explain the aim.  We were to write (with words) our dreams for the future on sheets of A4 and then he led us with movement to peg these thoughts on to ‘washing lines’ in the room.  Next we wrote our names on paper and he explained how to speak our names using our body, and as we each got up to do this there was an interesting dynamic of self selecting the order, with no intervention from Marco.  Very Confident Man next to me went first, then Drama Girl across the way quickly followed.  I decided it best to get it done early, so got in next, then different lengths of pauses developed as people weighed up their options.  There were those who were thoroughly in tune with the methods, and everyone else seemed to think “in for a penny, in for a pound” (“In for a cent, in for euro”?) and pushed embarrassment to the side.

Just as well, as the following activities involved a range of interpretative movement, hugging and non-verbal communication which (In for a penny in for a pound) I found energising and refreshing.  Having been on tour for five days at that point, I was just at the point of feeling pretty ‘talked out’, and there was plenty to take from Marco’s work.  He performed his own piece for us in the middle, which showed how unspoken work can be mesmerising, beautiful and communicate a thousand words.

In choosing the workshop I wanted to reflect on how I work with ‘non-verbal’ participants, particularly those with learning difficulties, but also the shy characters who can easily be side-lined in a noisy group.  The programme had explained that Marco feels “that during artistic processes those with the loudest mouths tend to dominate” and when he works silently there is space for all to contribute.  I worried that the notebook puts pressure on the literacy of the group, but at the same time I could see the some instruction is necessary to get things started.  In spoken sessions the dominant individuals can sometimes take their opportunity to ‘say their piece’, as if broadcasting their views, without having to engage with or even acknowledge the reflections of others.  I can see that working in silence pushes everyone to take notice of every non-verbal cue.  It heightens the senses and instantly turns individuals into the cooperative team, as we are reliant on feedback and interaction to communicate, as if it were a puzzle to be solved.

As the session progressed I found myself reflecting on the ‘noise addiction’ suffered by most of the young groups I work with.  How lovely it would be to reduce the cacophony to total silence, to demonstrate what you miss when you must fill every second with sound.  I know some young people who would find this terrifying – and I might just try it!